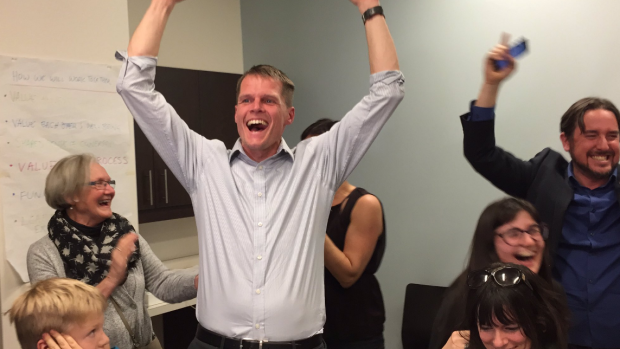 Why I Supported Charlie Clark

It’s been almost a week since Saskatoon went to the polls. We have a new Mayor. At ye olde dealership, I took a bit of ribbing for actively and publicly supporting Charlie.

Some saw it as an odd position for a number of reasons: I had run against him in 2012; he is seen as pro-bike (which some translate as anti-car); he is viewed as a lefty while I view myself as a righty.

So, why did I support Charlie?

First, since our epic ward battle of 2012, I got to know Charlie a little bit personally. We went for coffee a few times and I got to see that what really separates us is not WHAT we want our city, country and society to look like, but HOW we would go about creating that change. That really is the main point. Charlie and I fundamentally agree on issues of social justice, poverty and the city working (and including) everyone.

Bike/car? I use both. Bus? Every good city has a great public transportation system…creating one doesn’t undermine my ability to drive nor does it impact my livelihood which is selling vehicles to other folks who need an automobile.

Lefty/Righty? I really don’t think our streets care. Pave them. Clear them. Federal politics should stay out of civic politics. But, someone has to make that move. For me, it was a matter of trying to bridge that divide. I don’t think big government is good. I support smaller government. And, for this term, no one is talking about increasing the size of the government. Everyone is focused on streamlining and finding efficiencies. And, frankly, at this stage of our development, I found Charlie’s desire to build Saskatoon in a way that avoids the pitfalls of Calgary and Edmonton to be the wisest direction of all the candidates.

Ultimately, I didn’t view this election as a choice between good and bad. I think Don Atchison did a great job as Mayor. But all good corporations from time to time re-focus and re-organize to face new challenges. I firmly believed that a change in leadership was needed to move up into the next phase of Saskatoon’s growth.

I look forward to the next four years of growth under our new Mayor. Congratulations Charlie.

And, while you wait for your personalized bike lane, I would be happy to help you finance your next vehicle.